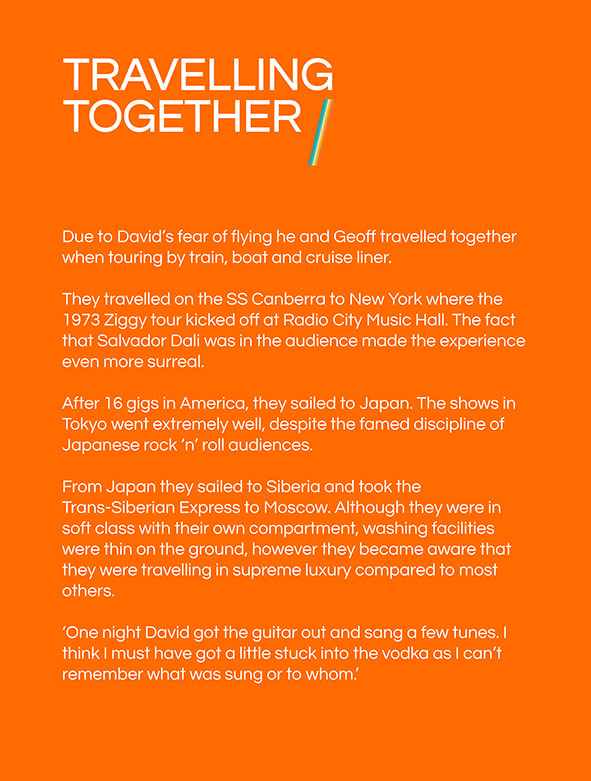 Due to David’s fear of flying he and Geoff travelled together when touring by train, boat and cruise liner.

They travelled on the SS Canberra to New York where the 1973 ‘Ziggy’ tour kicked off at Radio City Music Hall. The fact that Salvador Dali was in the audience made the experience even more surreal.

After 16 gigs in America, they sailed to Japan. The shows in Tokyo went extremely well, despite the famed discipline of Japanese Rock ‘n’ roll audiences.

From Japan they sailed to Siberia and took the Trans-Siberian Express to Moscow. Although they were in soft class with their own compartment, washing facilities were thin on the ground, however they became aware that they were travelling in supreme luxury compared to most others.

‘One night David got the guitar out and sang a few tunes. I think I must have got a little stuck into the vodka as I can’t remember what was sung or to whom.’