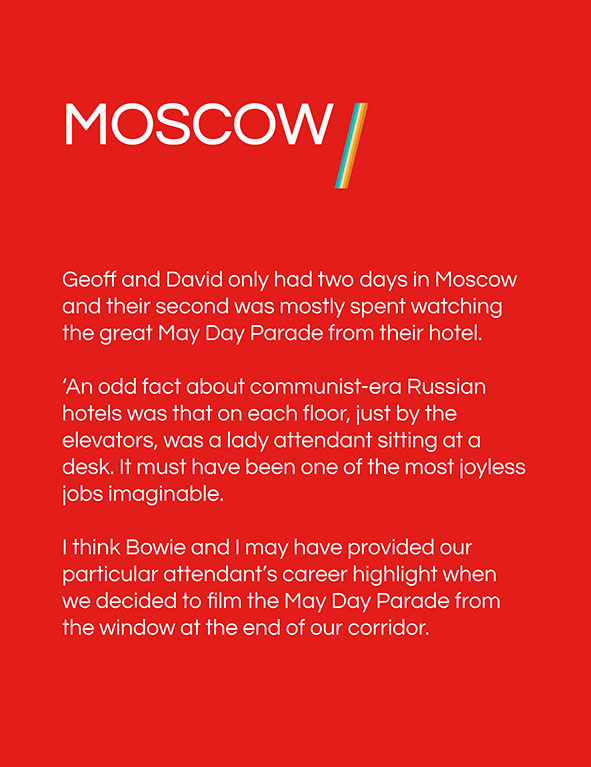 Geoff and David only had two days in Moscow and their second was mostly spent watching the great May Day Parade from their hotel.

‘An odd fact about Communist-era Russian hotels was that on each floor, just by the elevators, was a lady attendant sitting at a desk. It must have been one of the most joyless jobs imaginable.

I think Bowie and I may have provided our particular attendant’s career highlight when we decided to film the May Day Parade from the window at the end of our corridor.’