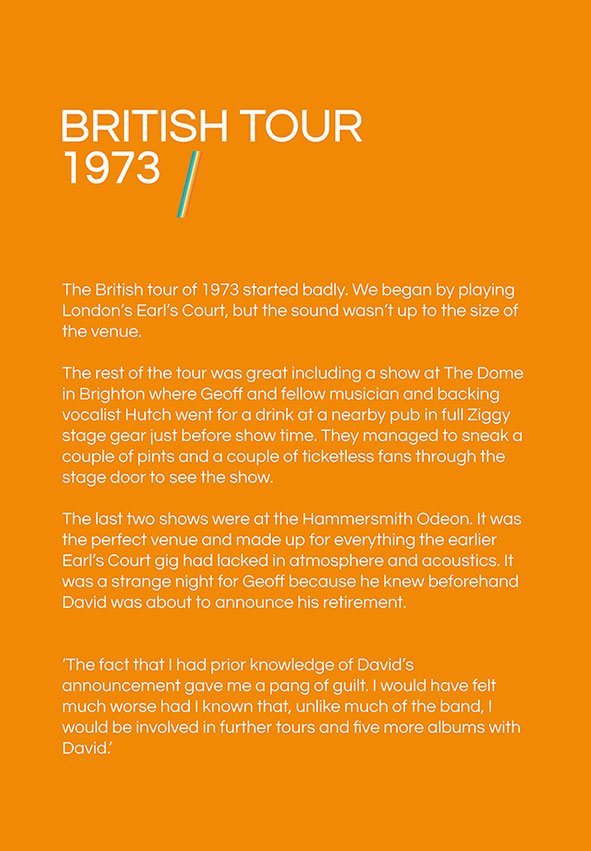 The British tour of 1973 started badly. We began by playing London’s Earl’s Court, but the sound wasn’t up to the size of the venue.

The rest of the tour was great, including a show at the Dome in Brighton, where Geoff and fellow musician and backing vocalist Hutch went for a drink at a nearby pub in full Ziggy stage gear just before show time. They managed to sneak a couple of pints and a couple of ticketless fans through the stage door to see the show.

The last two shows were at the Hammersmith Odeon. It was the perfect venue and made up for everything the earlier Earl’s Court gig had lacked in atmosphere and acoustics. It was a strange night for Geoff because he knew beforehand David was about to announce his retirement.

‘The fact that I had prior knowledge of David’s announcement gave me a pang of guilt. I would have felt much worse had I known that, unlike much of the band, I would be involved in further tours and five more albums with David’.