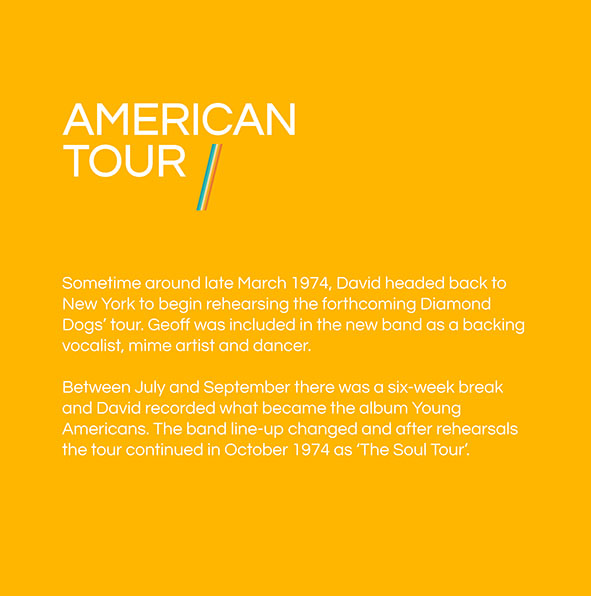 Sometime around late March 1974, David headed back to New York to begin rehearsing the forth coming ‘Diamond Dogs’ tour. Geoff was included in the new band as a backing vocalist, mime artist and dancer.

Between July and September there was a six-week break and David recorded what became the album ‘Young Americans.’ The band line-up changed and after rehearsals the tour continued in October 1974 as ‘The Soul Tour’.