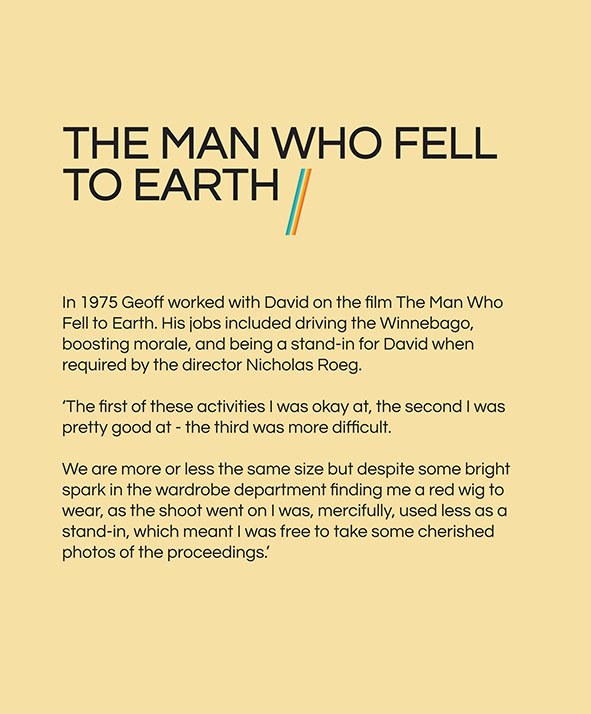 The Man Who Fell to Earth

In 1975 Geoff worked with David on the film ‘The Man Who Fell to Earth’. His jobs included driving the Winnebago, boosting morale, and being a stand-in for David when required by the director Nicholas Roeg.

‘The first of these activities I was ok at, the second I was pretty good at – the third was more difficult. We are more or less the same size but despite some bright spark in the wardrobe department finding me a red wig to wear, as the shoot went on I was, mercifully, used less as a stand-in, which meant I was free to take some cherished photos of the proceedings.’