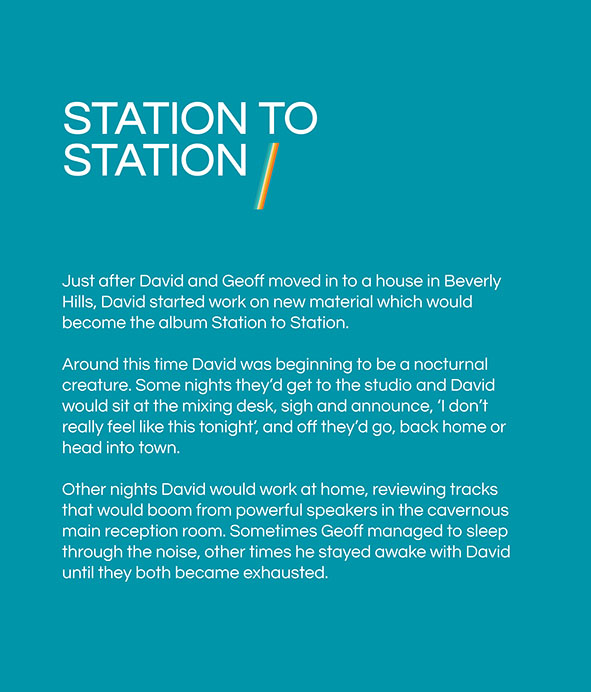 Just after David and Geoff moved into a house in Beverly Hills, David started work on new material which would become the album ‘Station to Station’.

Around this time David was beginning to be a nocturnal creature. Some nights they’d get to the studio and David would sit there at the mixing desk, sigh and announce, ‘I don’t really feel like this tonight’, and off they’d go, back home or head into town.

Other nights David would work at home, reviewing tracks that would boom from powerful speakers in the cavernous main reception room. Sometimes Geoff managed to sleep through the noise, other times, he stayed awake with David until they both became exhausted.