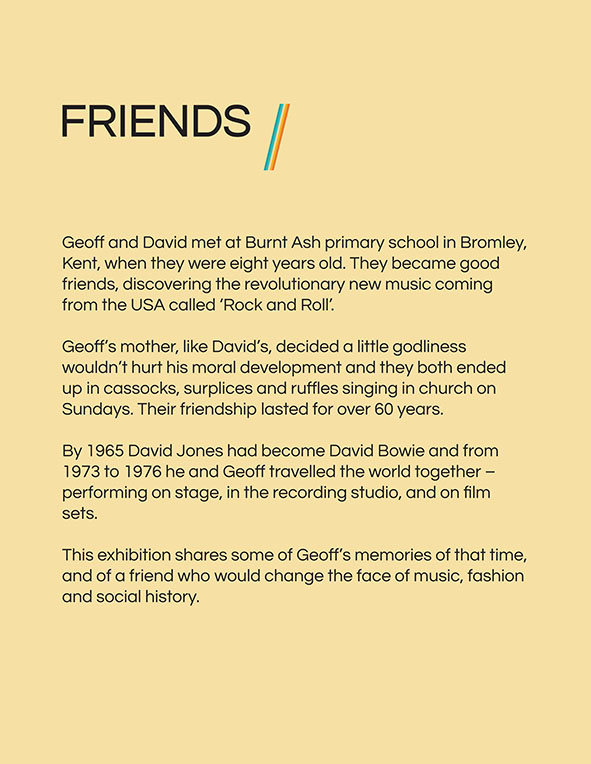 Geoff and David met at Burnt Ash primary school in Bromley, Kent when they were eight years old. They became good friends, discovering the revolutionary new music coming from the USA called ‘Rock and Roll’.

Geoff’s mother, like David’s, decided a little godliness wouldn’t hurt his moral development and they both ended up in cassocks, surplices and ruffles singing in church on Sundays. Their friendship lasted for over 60 years.

By 1965 David Jones had become David Bowie and from 1973 to 1976 he and Geoff travelled the world together – performing on stage, in the recording studio, and on film sets.

This exhibition shares some of Geoff’s memories of that time, and of a friend who would change the face of music, fashion and social history.